Tucson Saddletramps vs Montreal New Skids on the Block 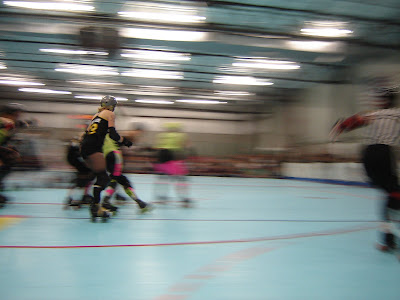 We went to our first international roller derby bout last weekend: Tucson Saddletramps vs. Montreal New Skids on the Block. We were glad that we got tickets ahead of time: many people were turned away due to crowds over capacity.

I hadn't been to roller derby for nearly two years, so it was interesting to see how the sport appears to have evolved since then. The outfits continue to include silly flair (like neon pink underwear on the outside of the leotard), but in general, the uniforms are more about athleticism and less about stylized spectacle than they were a while back.

Another observation: the women obviously played hard, yet there was also a positive comradeship between the locals and the away team. 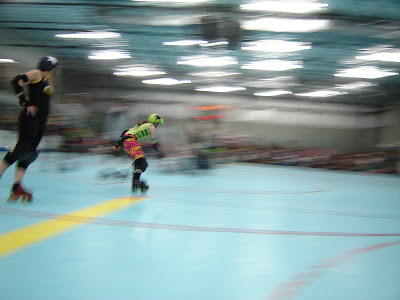 I used to watch Roller Derby when I was younger. So Much Fun, would love to watch again.