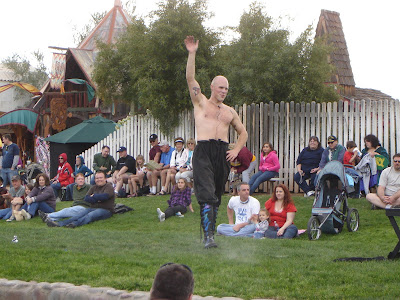 Adam "Crack" Winrich, the Whip Master, puts on a great show. Not only is he great with the whip; he's hilarious and he's easy on the eyes. 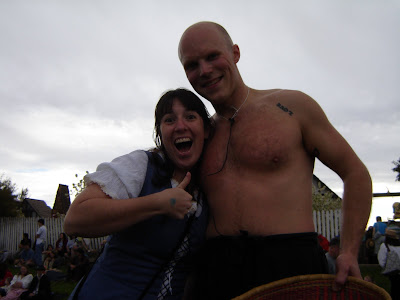 Liz is excited to get her picture taken with this Ren Fest heartthrob. 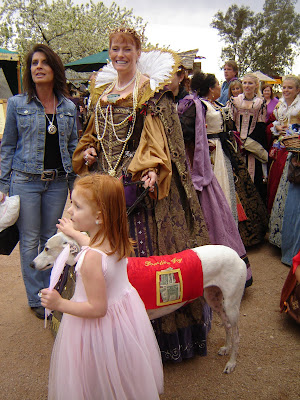 The queen strolls with one of the many royal greyhounds. Greyhound rescue organizations bring the best of their pups to faire. I spent plenty of time scratching the bellies of these graceful and sweet canines. 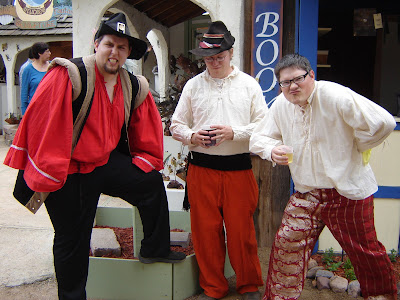 Our men get feisty. 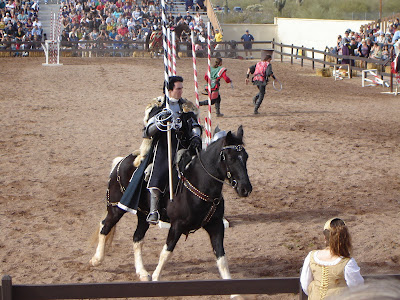 The jousts are worth watching. It dawned on me that in order to put on this show, you have to be able to act (at least minimally), project your voice, ride a horse, fall off a horse, and have some level of aim. 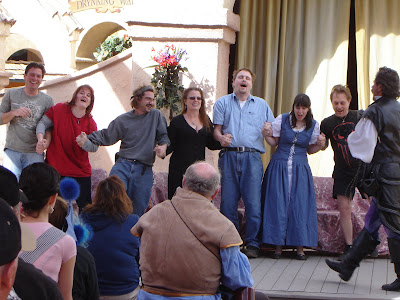 The hypnotist in action. (Liz emerged from the session in a fantastic mood.)
The Annual Arizona Renaissance Festival is currently in full swing. We went on the opening weekend, at it was a blast, much like last year. I got my candle fix once more from Irie Lights Candles (based in Ohio). I prefer a musky scented candle, so they send me to aromatic heaven.

The entertainment was the big draw and what makes it possible to easily enjoy an entire day at the faire, in my opinion. A new act this year is the acrobatic trio Barely Balanced, (cute and funny). However, I do have a complaint. It's a big one. ENOUGH WITH THE GAY JOKES. Most of the acts incorporate raunchy humor, but there's a difference between making a sex joke and making a joke at the expense of someone's sexual orientation. Example: one trio of male performers was overheard saying the following during their act: "We've been friends...and we've been lovers!" at which point they paused dramatically with their arms around each other. "But not of each other! Ew! Gross!" at which point the crowd chuckles. LAME. If you wouldn't make a joke at the expense of a racial minority why would you make a joke at the expense of a sexual minority?
Posted by Eva at 6:48 PM