On the Set of Public Enemies 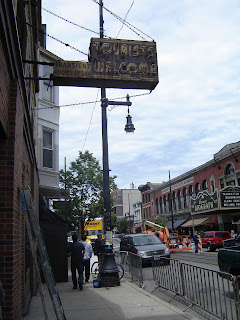 It all began when Andrew and I were walking down a street in Chicago last summer. We were killing time while our friends were at the hospital with their baby for a routine check-up. We were walking down this street when I noticed how odd the signs were. Definitely retro. And "Tourists Welcome"? Weird. (See above.) 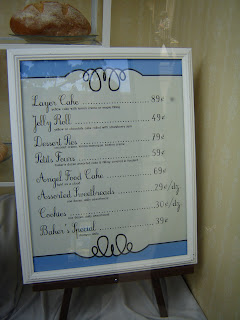 The next thing I noticed were the prices at this bakery. The food looked great and for 30 cents a dozen, what a steal! 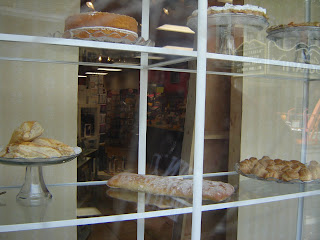 Okay, so before we both totally tripped out and asked ourselves if time travel really is possible, we realized that the upon closer inspection, things were out of order. Peak past the baked goods to see that this was really a book store. 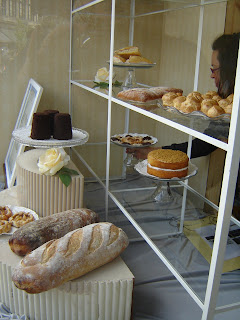 What detail! Here's a pic of a set designer in action. 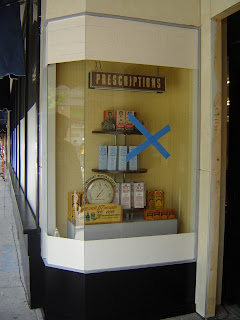 This really was a modern pharmacy on the inside... 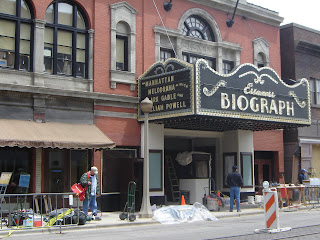 After asking around, we discovered that we were on the set of the John Dillinger movie, Public Enemies, which opened yesterday. I guess Michael Mann has a thing for shooting on location (but see my complaint below). He wanted to shoot at the exact spot where Dillinger was actually gunned down. 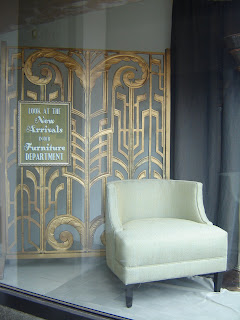 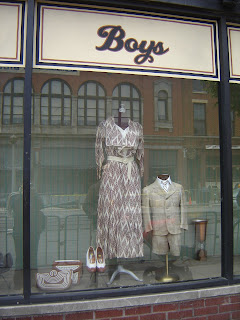 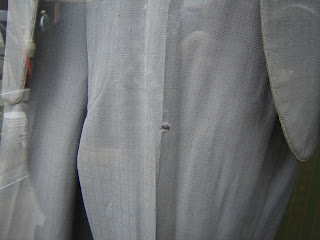 ...but some tiny details go "unstitched" 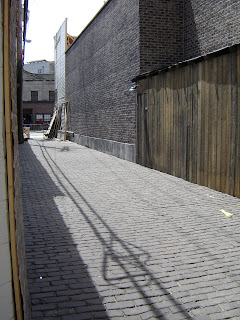 The alley where Dillinger was shot. That cobblestone looks convincing, but it was fake! Made of rubber or something... 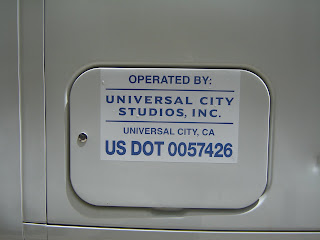 The Universal Studios sticker on a semi parked nearby.

My complaint: NONE OF THIS FILM WAS SHOT IN TUCSON! WTF, MICHAEL MANN?

Everyone in Tucson knows that Dillinger was finally captured here at Hotel Congress. It's the Chicago cops who let him escape.