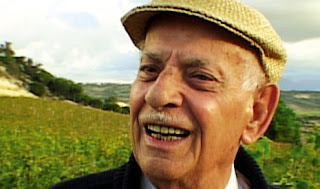 The Department of French and Italian at the University of Arizona will hold a French and Francophone Film Festival from October 16 to November 13, 2008. There will be 5 films with free admission on the UA campus, in ILC 120 at 7pm. From 6:00-7:00 pm, prior to each film screening (except on November 6th), there will be French or Italian food for sale. Yum.

The Tournées Festival, a program of FACE (French American Cultural Exchange), was made possible with the support of the Cultural Services of the French Embassy and the French Ministry of Culture (CNC), the Florence Gould Foundation, the Grand Marnier Foundation, high brow entertainment, agnès b., and the Franco-American Cultural Fund, as well as the support of the following units at the UA: the Department of Anthropology, the Center for Middle Eastern Studies, the Department of French and Italian, the College of Humanities, and the Office of International Affairs, and the Alliance Française of Tucson.
Posted by Eva at 11:06 PM