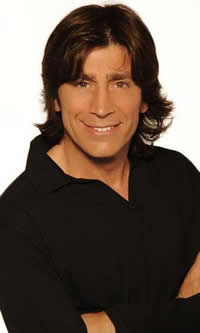 We ate our last meal in Buenos Aires at Filo. No, much to the chagrin of myself, Nicolas Repetto was not there, but apparently other famous people have been. For example, if you go to their website they will be sure to let you know that Madonna, Lou Reed and Fito Paez, among others, have been spotted on the premises. But they leave out that every gringo with a Frommer's guide goes there, too. We all sat around, the only ones having dinner at seven, checking our digital photos of the day as we waited for our orders and tried to ignore each other.

I wouldn't say the pizza was remarkable, but I was charmed by the little gallery in the basement.

If you're wondering about the picture of Repetto, the thing is, he was just launching a new show de la siesta and the whole city was plastered in advertisements for it. The slogan was "Las tardes son de Nico." Which in engrish reads: "The retarded son of Nico." Fitting.

I didn't realize you thought vagina flowers were charming?