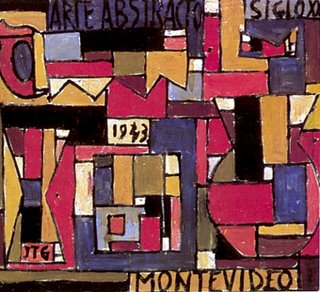 Unfortunately, we did not go to Museo Torres Garcia but I thought I would make mention of it since I did purchase a few magnets in Mercado del Puerto in an art style that I found very basic and appealing. I later found out that they were an imitation of Joaquin Torres Garcia's works, which later I saw originals of in Buenos Aires. (More on MALBA later). I'm now a Torres Garcia fan.
Posted by Eva at 12:23 PM